In what is considered one of the greatest acts of statesmanship, on December 23, 1783, General George Washington voluntarily resigns as commander in chief of the Continental Army and retires to private life at his home at Mount Vernon. His resignation followed the signing of the Treaty of Paris.

By surrendering his military power to the civilian authority in the temporary national capital of Annapolis, MD, Washington set the course for American becoming a constitutional republic rather than a monarchy or, even, a military dictatorship.

Below is a transcript of Washington’s resignation speech –

Images of Washington’s speech are below – 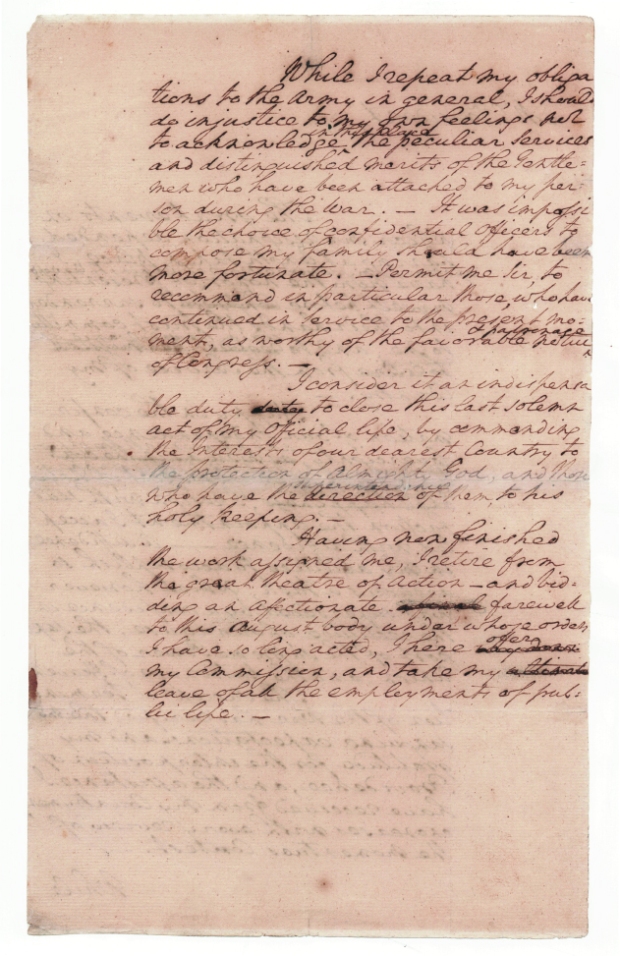 Scholars James MacGregor Burns and Susan Dunn described Washington’s resignation in a way that reflects the the classical republican ideals that animated the founding generation: “The Virginian, like the victorious Roman soldier Cincinnatus, went home to plow.”

Washington’s retirement was short lived. A few years later, he was unanimously elected in 1788 as the nation’s first president under the federal Constitution of 1787.